It’s officially fireplace weather. And mine needs some work. “Fix the fireplace” has been a high-ranking number on the House To-Do list for several years and this fall it’s officially made it to the top. It’s a nice enough white brick fireplace, but it’s covered by a black metal firescreen that I’m assuming has been here about 70 years. And that screen is the only thing between my living room and the great outdoors. So, here’s what I want: 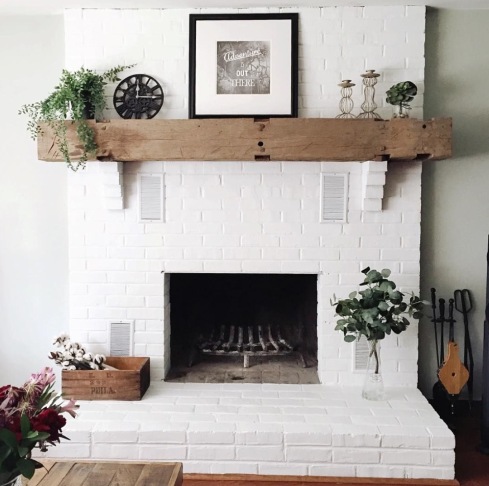 Take away the screen, clean out the chimney, and install a damper in the chimney to block the flow of exterior air into my house. 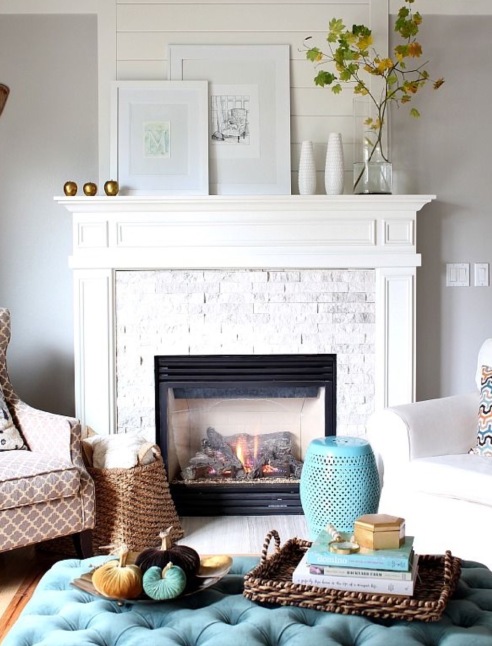 I’ve considered installing a gas fireplace like this because I like the ease of it. (Sidenote: There is something super decadent to me about being able to say “Oh, let me just flip on the fire.” Like, imagine if you could time travel and tell the pilgrims “Hey, one day this thing that you’re so focused on doing for your survival will be something it takes me 0.4 seconds to do as I stick my food in a thing called a microwave and watch a thing called a TV.” Modern life is crazy, you guys.) 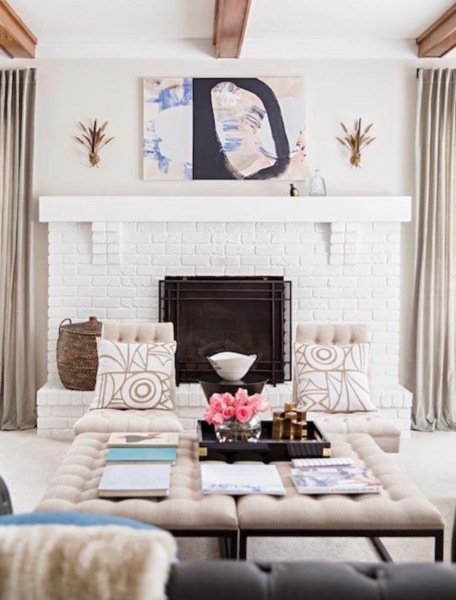 Anyway, I didn’t mean to get sidetracked by pilgrims (first time saying that sentence). My point is how gorgeous are these fireplaces? It’s time for me to call a chimney sweep (the internet tells me that’s a real job and not just a character in Mary Poppins) because I’m ready for some fireside time.