After I read American Dirt a few months ago (which I still qualify as one of the best books I’ve read in years), I did a lot of research into the controversy around it. One of the things that brought it under attack was that it was written by a white American woman and that Latin America should get more representation from actual Latinx authors in America’s fiction reading.

That seemed reasonable—especially when I started to consider how little Latin American fiction I’ve read. So, I perused some reviews and chose three books by Latinx authors that looked enjoyable to me. I really liked all of them and I’ve given a mini-review of each below, but before I get to that, I want to address an overarching thought on cultural fiction:

Personally, I think there might be something really valuable in having an American (who identifies as white) write the migrant story. She intrinsically knows how white Americans think. She understands where to make us hurt and how to make us cheer someone on. She has the ability to shift the white American mindset around migrants in a way someone with a different cultural background might not be able to do—not because they’re a lesser writer, but because of cultural understandings.

I don’t know if that’s a controversial—or even a correct—opinion, and I’d be happy for someone to change my mind, but it’s something I’ve thought a lot about as I’ve read these three other books. Anyway, here are my thoughts on those. 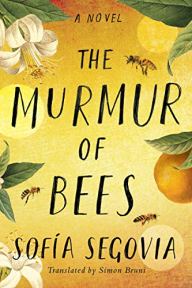 Somehow I bought this book not realizing it was primarily set during the Spanish flu pandemic of 1918. That certainly gave some perspective to the current Covid situation. There are magical and fantastical parts of the book, but it’s primarily a story of a wealthy Mexican farm family—and Mexico in the early 1900s. It’s beautifully written—something that is especially impressive considering it was translated from Spanish. And it’s a book that hits the full range of emotions. It’s rare that I laugh out loud and cry reading the same book, but this one did it. 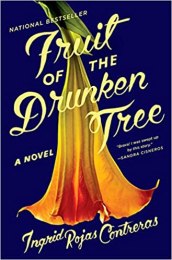 This book is fiction, but the author acknowledges at the end that it’s also semi-autobiographical. Of these three books, this one is my favorite. I think that may be for a few reasons. First, the author would be very close in age to me—growing up in the 1990s. Second, it’s set in Colombia during the time of Pablo Escobar—something that we’re all familiar with because of the way stories of the drug lord are woven into American pop culture. Third, there’s a lot of interesting tension and drama in this story. But also this book also just does an incredible job of painting the discrepancies between wealth and poverty, and while it’s set in Bogota, its themes are universal. 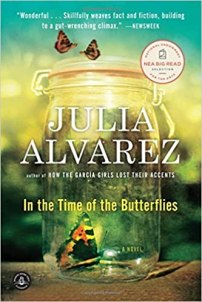 This is a fascinating kind of historical fiction. The author, who moved from the Dominican Republic to the US when she was 10, takes a famed Dominican news story and uses her imagination to create a book featuring the thoughts and lives of three revolutionary sisters known as “the Butterflies.” I knew nothing about the Dominican dictator, Trujillo, and this offered a glimpse of life in the DR during his horrific rule. I find it hard to read historical fiction that you know will end in tragedy (it’s why I only ever watched the first tape in the VHS version of Titanic). But this is a compelling story and worth the read.