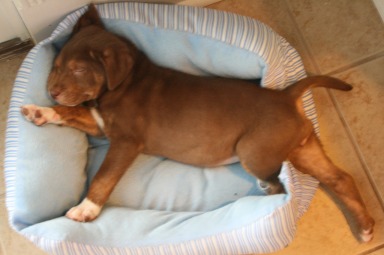 I found her about five weeks later. It was a rainy and cold Wednesday in January. My friend Jenn and I took an extra-long lunch and drove to the animal shelter in Gastonia to see about her adopting a dog she’d noticed on their Facebook page. (Six years later, Jenn still only has two cats.) 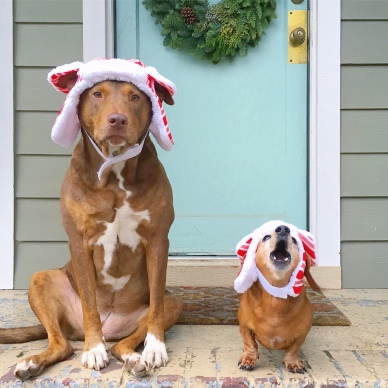 But as I waited for Jenn, I noticed a shivering pile of brown and black puppies in one of the outdoor pens. You couldn’t even count them, they were so bundled together, trying to get warm. I asked a nearby worker if I could hold one. Which one? he asked. Any of them, I said. 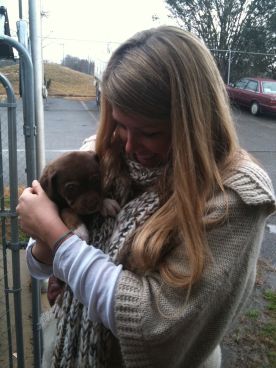 He reached into the pile and pulled out Pawley. These have been here awhile, he said. Tomorrow is their last day. And thus the story of how Pawley became the third member of our little family.

She hasn’t always been the easiest dog: 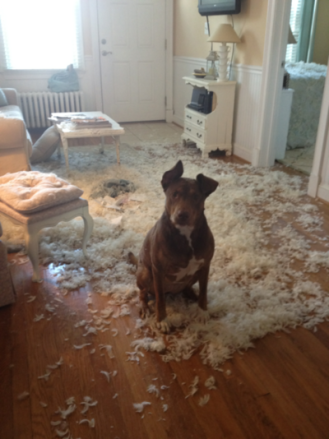 But Pawley is one of the greatest things to ever happen to me. She shares my adoration for the outdoors and for bacon. She’s my favorite companion for walks and runs. She’s the protector of our little group. And she’s probably taught me more about love than any human.

So, this is my “happy birthday to Pawley” post. And my “if you can, get a rescue” post. Because she’s my best crazy decision. 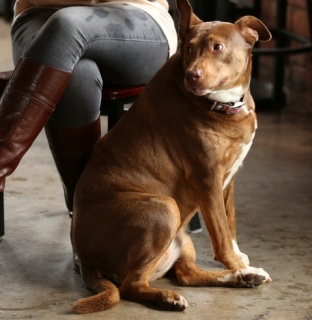 Winston turns two today! In honor of the occasion here’s a photo from yesterday, one documenting our first handshake, and the first pic I ever saw of the little butter ball.
It’s basically been a lifetime since I was in a hotel, so I may have been overly excited about the entire experience, but seriously how charming is this new spot in Highlands, NC?
Randomly, Winston and I happened to wear the same thing today. So we took a selfie. #thanksgiving
Sunday Snack Time: A Series
My actual house has a LONG way to go (see pic 2), but I have officially set up the most important part of my future home: The S’mores Maker (also sometimes called a fire pit).
Perfect day for a 🚲 ride and 🍁 peeping 🧡🤎💛
I keep thinking of that F. Scott Fitzgerald quote—“Life starts all over again when it gets crisp in the fall.”
My house is on the market! As this is probably the cleanest (read: significantly less dog fur) it’s ever been, I thought I’d share a few pics. (Also, if you’re looking for a 3 bed, 2 bath in Plaza Midwood, may I suggest taking a peek? There’s an open house today from 2 to 4 😊)
Pawley started most days by planting all 80 pounds of herself on my chest and licking my face until I woke up to pet her. P dog or just “P,” as she was known to those who loved her most, would happily lean in to all pets and scratches—especially behind her amazing ears.
Loading Comments...
Comment
×
%d bloggers like this:
%d bloggers like this: